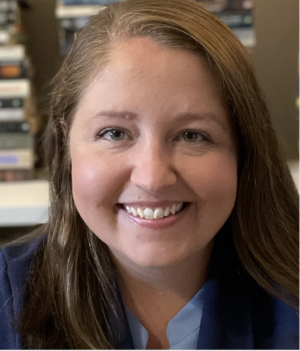 Millie Thompson was born in Austin, Texas in 1979. She is one of Kenneth and Mildred Threadgill’s great grandchildren. Kenneth founded the historic Threadgill’s in Austin, hosting many musicians, including Janice Joplin, while Mildred created the restaurant’s menu. Named after her great grandmother, Millie has no choice but to love music.

After graduating high school from Austin’s J. H. Reagan High School in three years as Salutatorian, Millie went to Texas A&M University in College Station, where she received her B.A. in Anthropology, minor in Sociology. From there, she worked on a master’s degree in Cultural Anthropology, with a grad certificate in Women’s Studies, at the University of Houston. She completed the course work and comprehensive exams for the M.A., but instead of finishing her thesis, she opted to go to law school at South Texas College of Law.

Millie opted for law school because instead of studying people, she wanted to help them.

After graduating in the top 18% of her law school class, she opened her own law firm in Houston in 2010. During her first year in practice, she tried several cases with veteran criminal defense lawyers, including a month-long murder trial, ten-months after she was licensed. She also argued a criminal appeal in front of the Fifth Circuit Court of Appeals for the first time early in her practice.

Millie then moved her firm to Austin, Texas and practiced criminal defense and civil rights from 2012 through 2020. Millie has tried numerous criminal cases to juries in a variety of Texas counties and argued several appeals, including Lovett v. State, wherein a Texas Court of Appeals addressed citizens’ First Amendment protected right to film the police.

Millie met Mr. Looney during the Waco biker criminal cases (2015-2017) when she defended a motorcycle-rights activist.

Millie served as a county court at law judge and civil rights prosecutor before Looney, Smith & Conrad hired her as a writ and appellate attorney, September of 2022. This is her dream job, working with the best of the best.

M.A. candidate, all but thesis, no degree taken,Cultural Anthropology, University of Houston