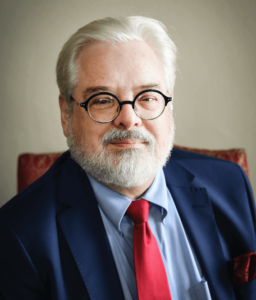 Richard Senasac is a mild mannered attorney, practicing civil law in our offices by day and smoking premium cigars by night.

A graduate of Stephen F Austin University in Nacogdoches, Texas, Richard received his Juris Doctorate from the University of Houston Law Center in 1985.

Born in Arcadia, California in the hospital across the street from the Santa Anita Race Track, Richard’s pediatrician said, “[He} must have been vaccinated with a phonograph needle explaining his love of gab even from an early age.”

Martial Arts and Tai Chi are two of Richard’s hobbies. He is a member of the Society for Creative Anachronism, an international organization devoted to the study and recreation of the Middle Ages. Richard has written for Tri Tac games and enjoys Role-Playing Games (RPGs) such as Dungeons & Dragons.

As a writer, Richard has published articles on spirits and wines and cigars. He also enjoys time with his replica ’36 Mercedes 500k roadster modeled after one designed for Marlene Dietrich.

“As concerns tobacco, there are many superstitions, and the chiefest is this – that there is a standard governing the matter…. Each man’s preference is the only standard for him, the only one he can accept, the only one which can command him. A congress of all the tobacco-lovers in the world could not elect a standard which would be binding upon you or me, or would even much influence us.”

So to my friends of the leaf; those who smoke only the rarest Habanas or those who relish a Roi Tan; I say “Go for it!”