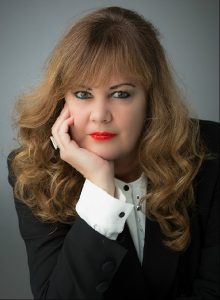 Roxanne helps prepare trials by interviewing witnesses and investigating cases. On May 17, 2015 at a restaurant in Waco Texas, nine people died, 22 were severely injured and 177 indicted. Because the bonds were $1 million each, Looney & Conrad initially became involved to assist with excessive bail.  Later, after outlining nine terabytes of discovery, Roxanne became the researcher for lawyers and international media.

A graduate of ScreenwritingU’s Master certification program in Hollywood, Roxanne wrote her first true crime script, “The Drug Lord.”  Her second script, “Final Round,” has been optioned by a producer/manager of a major motion picture studio in Hollywood.